Present situation worldwide and in Switzerland

Functional fibres are already being used for a wide range of practical applications, especially for the production of functional sports and leisure wear, and as an insulation, composite and reinforcement material in the construction sector and paper industry. Other applications that are still being tested or are already being implemented in practice include the following:

For many technical applications, additives are mixed in with the fibres during the spinning process to achieve new properties, or a finish is applied. During the production process, it is also possible to change the fibres’ structure, producing conventional round fibres or hollow, flat or other fibres.

Combining new production methods and new materials such as nanoparticles could enable the development of functional fibres with hitherto unattainable properties. Such possibilities should be explored more precisely to assess their potential and encourage them as necessary. Promising applications include:

A major technological trend is the development of a new generation of flame-retardant fibres with high-grade mechanical properties such as tensile strength. Both in the US and in the EU, efforts are being undertaken to ban brominated and halogenated flame retardants from various products, especially plastics and textiles. The past ten years of research have yielded new phosphorous organic compounds, which are environmentally sound yet highly potent. They can be used in such small quantities that the fibres’ mechanical properties remain largely intact. In the next five years, this trend is expected to produce new fibres made of various polymers with improved flame retardant properties.

Switzerland is at the forefront of research on flame retardants: the country’s industry is therefore in pole position to secure intellectual property rights and to develop markets with high added value. In addition, these developments are likely to have a stimulating effect on other polymer processing sectors (compounding, films, injection moulding).

Competence of these companies in an international environment: medium-high

Technologies of the same category:

Photonics as an enabling technology

Location in the quadrant 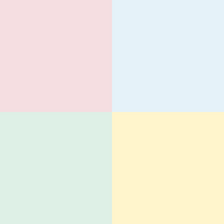